Portriat Of My Brother As A Living Dead Body – Idowu Odeyemi 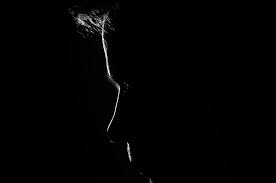 Tell me,
which kind of big boy
wears his father’s pants, at age 24,
to his fiancée’s family house?

My brother is like sadness:
anytime he enters our father’s house
joy becomes smokes
that vanquishes with air and becomes incorporeal
and sadness becomes a concrete
plastered on our broken faces
as if smokes don’t come from fire
and fire is not the reason we have gold that glimmers

My brother is a clown:
a man who becomes a con man
then bought a 12 inches mattress (his first empirical achievement),
at the age of 27,
then brings it to his father’s house
and expects his mother to start dancing
around the city
singing his praises.

This portrait of my brother as a living dead body is harsh
But I hope it gives him a reason to find his soul
in the darkest place on earth.

About the contributor: Idowu Odeyemi is a Nigerian poet, essayist and writer of fiction. His poems have appeared on Kahalari review, Merak magazine among others.