The urn sat ominously on the kitchen table. Laura dreaded picking it up. The more she stared at it, the more she heard her father’s voice. “I apologize, Laura,” he cried. “I’m sorry for what I’ve done.”

Laura had a big heart, but not big enough to allow her father back in. She couldn’t forgive him for betraying her loyalty too many times. He used her as he would a dirty rag to check the engine oil on his old Plymouth Rambler.
“It’s too late, Dad,” she said. “You’ve hurt me beyond repair.”

The panic made her chest tighten and breath quicken. She struggled to move across the kitchen to get a glass of water to help swallow her anxiety pills. Laura didn’t want to have this conversation or ever hear his voice anymore.
“But I was drunk,” she heard him say.
Dad was terribly persistent; no matter how wrong he was.
“You’re not getting your way this time,” Laura said with angry conviction, and spat on the urn.
“I didn’t know what I was doing. You’ve got to believe me.”
Laura wanted to ignore him, but she knew that if she didn’t deal with him now, he’d haunt her forever.
“It didn’t matter if you were drunk, Dad. There’s no excuse for what you did. For Christ sakes, I was a little girl—your own daughter.”
Laura told her mother at the time it was happening, but she didn’t believe her. “It’s just Dad’s way of showing affection,” she said. “It was nothing more.”
Her mother’s betrayal cut Laura like a knife.
Laura stared at the wooden urn on the kitchen table and wanted to toss it into the garbage. No one would know, she thought. But how could she lie to her mother and say that she followed her wishes?

Laura drove to the coast and parked her car in front of the big dunes. She walked along a string of wooden boards that led her to the beach and a few more steps to the water’s edge. The further she tread the choppy surf, the more her eyes stung from the burning sun. It was a humid day, sticky to the skin. She rolled up her shorts and slowly trudged further into the grayish-blue water.
She thought that she heard her father’s voice again. But this time, she didn’t answer. She focussed on the waves moving in and out, cresting waves crashing against the rocky shore. She listened to the seagulls screeching overhead, and the bellowing sounds that a tugboat made further in the distance.
She didn’t say anything as she opened the lid, then hesitated, feeling dizzy and faint for a moment. The ocean’s current made her queasy. Determined to get this finished, she ground her toes into the ocean floor and regained her equilibrium. Her pale lips prayed that his spirit would not follow her back home; that she would finally be set free.
Laura took a deep breath, closed her eyes, and tossed the ashes high into the swirling ocean air. She let out a loud sigh that only she could hear. She imagined the ashes being blown far out into the horizon, away from anyone.
Instead, the ashes caught a breeze and flew back into her face. Stunned, she stood in thigh deep water without moving. The ashes stuck to her skin like stamps to a letter. She screamed into the heart of the vast sea. Her voice echoed and came back to her like a boomerang knocking her slightly back on her heels.
Laura feared the ashes would seep into her pores. She worried that her dad’s odor and dirty soul would never let her go. She fell into the water and allowed the waves to wash over her, not wanting to get up until she was clean. 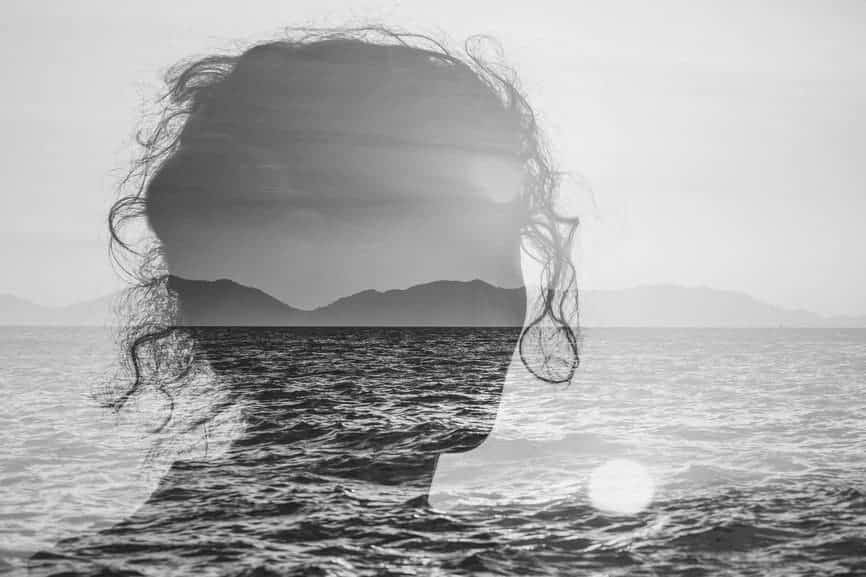 About the contributor: Mark is a former mental health therapist from Philadelphia who lives in Santa Barbara, California. He has a poetry chapbook, Magical Yogis, published by Prolific Press, and two upcoming books: Awkward Grace (Poetry), and The Asthmatic Kid and Other Stories. His stories and poetry have appeared in Fiction on the Web, Ariel Chart, Amethyst Magazine, The Writing Disorder, among anthologies and podcasts. His website is Crow On The Wire.