The Beggar On The Street Lane – Ashok Chakravarthy Tholana 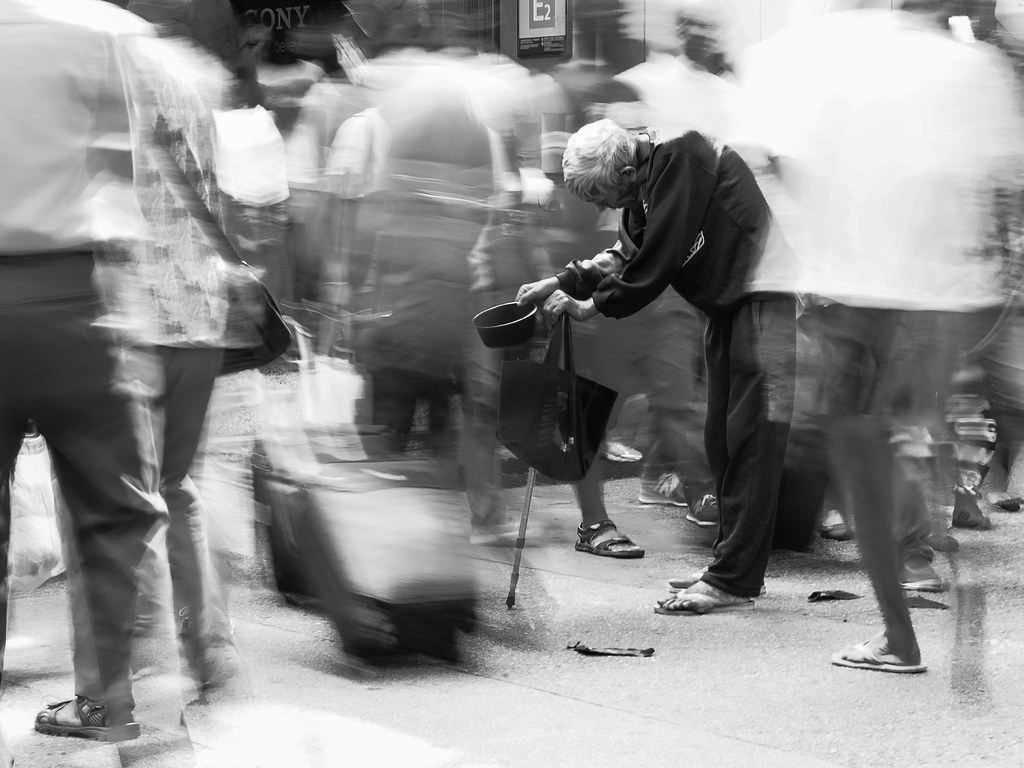 Everyone shun his dismal stature
As if he’s not a human by nature
Dejected, he stares into void skies
With deep sunk tear-filled eyes;
Bone sucked and almost lifeless
He roams on the streets, pitiless.
His tattered clothes, feeble body
Seems a dust-laden lifeless body
At times, street dogs hound him
At times, children too chase him
If fate is so cruel towards a human
What’s our concern for a co-human?
Caught in the vortex of illusions
Veiled by ignorance and possessions,
They incite us with fleeing obsessions
To ignore the bond of care and concern.
But, the beggar on the street lane
Imparts to one and all, a fitting lesson
To rid ourselves from selfish motives
Lest, we cannot fulfill life’s objective.
About the contributor: Ashok Chakravarthy Tholana is a writer, poet and review

writer, hailing from Hyderabad City, Telangana State, INDIA. Composing poetry for the past 30 years, Ashok has the rare distinction of over 1800 of his poems getting published in various literary magazines, newspapers, journals, e-zines, anthologies etc. in no less than 90 countries. For his unique poetry record, Mr. Ashok received commendations from Dr. APJ Abdul Kalam, former-President, India, Shri Atal Behari Vajpayee, former-Prime Minister, India, Bill Clinton, USA, Queen Elizabeth of Britain, Princess of Wales, President and Prime Minister of France, Prime Minister of Switzerland, Senator Viktor Busa, The Lord President, Italy, United Nationals Organization, UNESCO, UNICEF etc. As of now, SEVEN out of Ashok’s 18 volumes of English poetry have been published. And, 12 spiritual-related books have been translated so far by him from Telugu to English language.